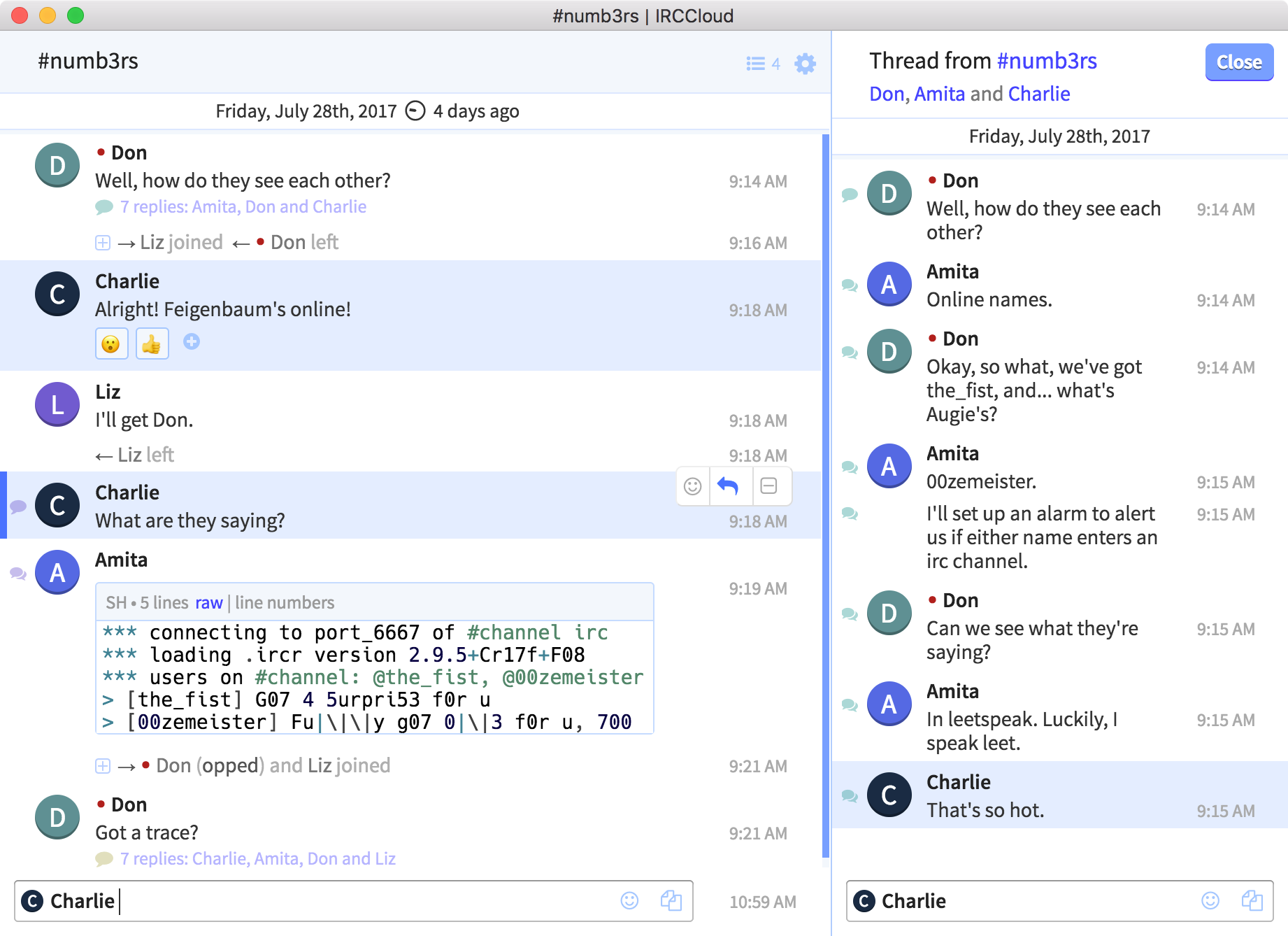 Reply threads: collapsed, expanded, and opened in a side pane.

Behind the scenes, this feature uses an IRCv3 message tag, meaning any IRC server could support it in future, but we’re not aware of any in widespread use so far.

By default, reply threads will display in an expanded state, where all messages are visible in the main chat area in their original sequence. On the first message of a thread, a single speech bubble icon appears on the left, while all subsequent replies get double bubbles.

You can click on any of these bubble icons to open up the thread in its own side pane. This lets you follow and reply to a thread independently of any other messages sent to a channel.

You can also collapse threads, leaving only the original message showing in the main chat area, with the reply count and participants summarised underneath. You can click on this summary line to open the thread in a pane as before.

Collapsing threads lets you choose which conversations you want to give your full attention, while filtering out those you’re less interested in. Depending on how your teams and channels use threads, you may want to collapse all threads by default, so we’ve added a per-channel setting you can toggle from the options menu. 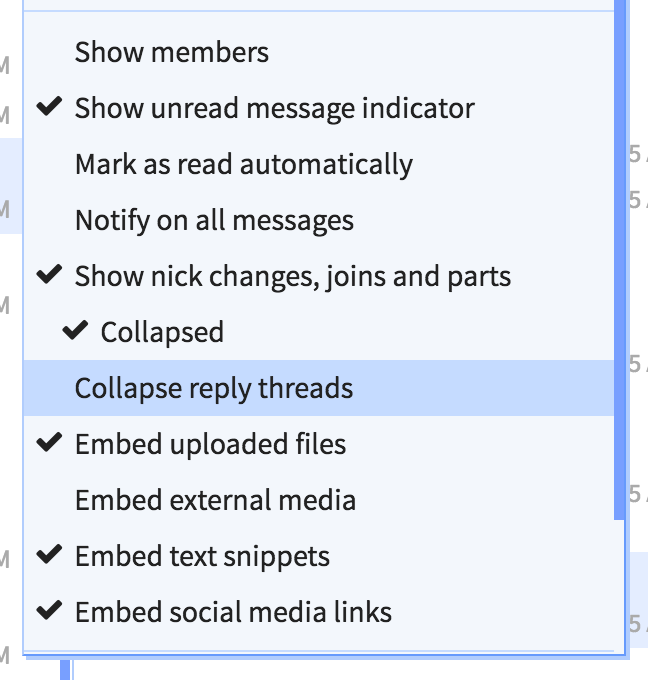 Threads can also be expanded and collapsed individually, by using the plus and minus icons that appear on the right when you hover over a threaded message. This is also where you’ll find the reply icon (curling arrow), which lets you start a new thread.

Another feature seen here is the reaction icon (smiley face), which lets you choose an emoji to attach to a message. It’s a nice way to give quick feedback on a message. We released emoji reactions on team servers at the end of last year, but never blogged about them. They’re another feature built with message tags.

We looked at a lot of different message threading approaches in other chat services while designing IRC replies, and we’ve tried to create useful, familiar interactions, while avoiding common implementation weaknesses. But we recognise this is new territory for IRC, so we’ll be paying close attention to feedback as people experiment and come up with new ways to use threads.

We also hope to see more servers supporting these features in future; we think they have a lot of potential to make IRC more manageable for communities and teams alike.